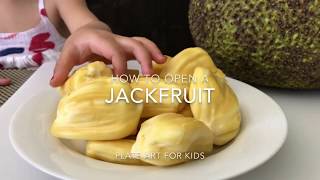 How to open a Jackfruit

How to open a Jackfruit

Sandwich Dress Up by Chef Sam 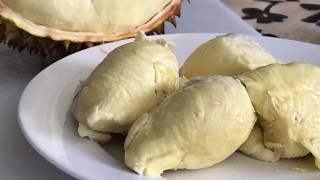 How to open a Durian

How to plate Pi Toast

It's Mid-Autumn (Trung Thu) season right now, so I've been reminiscing my childhood memories during this festive time. As I was cutting the red and green bell peppers to make Shaking Beef (Bo Luc Lac) for my family this idea came to mind. I was determined to introduce this tradition to Sam by using food art to tell her all about it.

Lucky for me, my husband was on his way home from running some errands. I quickly called him and asked him to stop by the store to pick up one yellow bell pepper. The green and red one was just not enough colors and I needed yellow to make the moon.

Tết Trung Thu, as it is known in Vietnam, or the Mid-Autumn Moon Festival as we refer to it in America, is a wonderful, ancient festival that revolves around children. This is the day when the moon is at its brightest in a year.

I have faint memories of the Mid-Autumn Festivals when I was Sam's age. It was memories I don't think I can ever forget because that night was filled with so much laughters and joy. I remember lighting up these paper lanterns with just a simple little birthday candle.

Each child got to hold their own as we follow each other around the neighborhood to light up the night.

It's not a parade without our traditional Dragon Dance (aka lion dance). This is the highlight of the night in which performers mimic a lion's movements in a Dragon costume.

Since Sam is now three years old and absorbs everything that I teach her like a thirsty sponge, I will introduce Tet Trung Thu to her and let her light up her very first lantern. I guess you can say, I'm re-living my childhood memories through Sam.

Click here to see (full edit) tutorial on how to plate this dish.